In the first photo shared by Morris, she and Rivera made weird faces, seemingly happy in each other’s company.
Kevin McHale, 34, who was also an integral part of the show, wrote, “The best that ever was forever and ever,” before adding a black heart emoji. 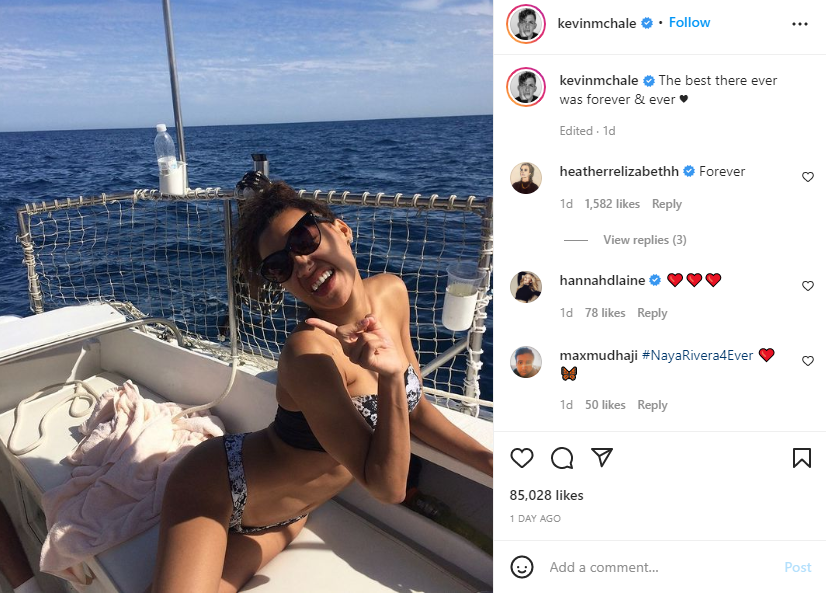 In the photo, Rivera made a peace sign while posing for the camera in a bathing suit, on a motorboat. She had a big smile on her face.
Additionally, fellow “Glee” actors Jenna Ushkowitz and Amber Riley also offered their condolences to the late Rivera, remembering her and sharing photos of the actor. 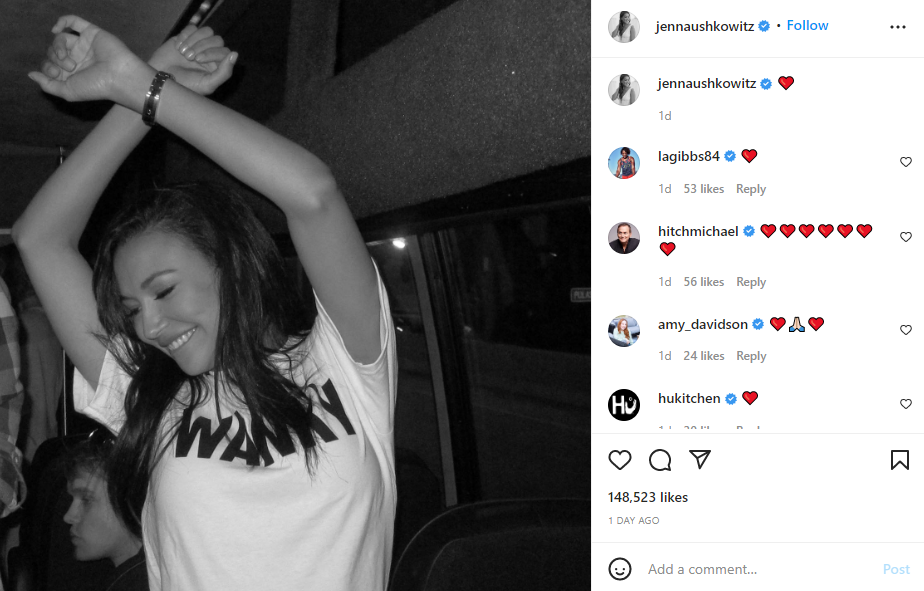 The musical comedy-drama “Glee” starred Naya Rivera as Santana Lopez and Heather Morris as Brittany Pierce who played cheerleaders at Glee Club on the show, Page Six reported. The two harbored romantic feelings for each other on screen and were best friends in real life. Kevin McHale played the character of Artie while Amber Riley and Jenna Ushkowitz were seen as Mercedes and Tina respectively.
On July 8, 2020, Rivera, 33, took a rented pontoon boat to California’s Lake Piru in Ventura County, with her 4-year-old son, Josey, to spend a mother-son afternoon. However, Rivera disappeared and her body was found after five days. Rivera’s cause of death was ruled to be accidental drowning. According to Josey, Rivera pushed him onto the boat, but was unable to get up. Recounting the incident, the 4-year-old told investigators that his mother called for “help” before sinking below the surface of the water.
A search and rescue diver, tasked with recovering Rivera’s body, speculated that since “pontoon boats are very light”, the strong winds, along with a lack of a life jacket, could have caused drowning, Page Six reported.
“What I suspect is that the winds have picked up. These pontoon boats are very light, and when you push them they can get away from you. She may have been trying to swim after the boat. .a lot of drownings are when people go swimming and they’re not wearing their life jackets,” the diver said. (ANI)