TOP Gun star Tom Cruise has been asked to fly with the Red Arrows.

The Hollywood actor, 60, got the offer after meeting the RAF’s top acrobats at an air show.

They were at the Royal International Air Tattoo in Gloucestershire on Saturday and invited him to fly with them later this year.

A source said: “Tom was just as blown away by the Red Arrows as they were by him.

“He took his time talking to them and was very knowledgeable about them as a squadron.

“Tom was asked to join the Red Arrows and fly with them. 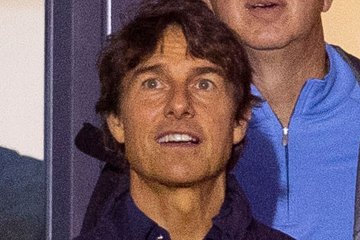 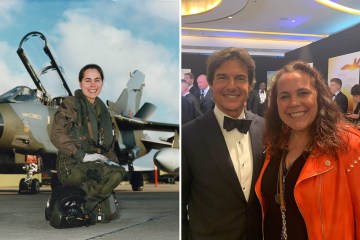 “He jumped at the chance and asked his team to try and arrange a date.”

The Red Arrows pilots tweeted a photo of their meeting with Tom.

“Epic to meet Tom Cruise at the Royal International Air Tattoo and talk about aviation, teamwork and Top Gun.”

Tom got his pilot’s license in 1994, eight years after the release of the original Top Gun movie.

The second film, Top Gun Maverick, was released in May and has already grossed over £830m at the global box office.

For the sequel, Tom and some of his co-stars learned to fly a fighter jet and spent three months in a specialized boot camp.

However, they were not allowed to fly the F/A-18s seen in the film, with each aircraft costing £70million. But Tom flew a P-51 Mustang.

Miles Teller, who plays Bradley “Rooster” Bradshaw in the new film, said, “We’ve been training for this for a long time.

“Tom had us on a flying program for several months before we started filming,

“But it was never something you were really comfortable with, at least for me.

“It was something that every time I rode it really tested me and I felt like I wanted to throw up pretty much every time.”

Owen Teale will play Scrooge at The ...